Upcoming DF Kickstarters (and a Pre-order)!

See the individual Kickstarter Forums for updates on our Kickstarters. This Forum is for general news about our products.
Post Reply
44 posts

Wow! Waiting on KS7 will be much easier with these new goodies coming available so soon! Thanks for sharing, Nate!
Top

Upcoming DF Kickstarters (and a Pre-order)!

Some big info about what's coming up for DF is about to go out in the next KS6 update.

But I wanted to post it here for you guys first. Especially for those of you who don't get the KS6 updates.

KS7: The Wildlands - We're currently deep in creative development on our next large Kickstarter. This project will expand on the Dreadhollow forest, as well as introducing more large-scale wilderness terrain. As always we're pushing the envelope on what we create and what surprises we can offer you. It's looking like KS7 will be our most exciting project yet!

We learn a lot on each project, and continuously try and improve the experience for you, the backers. For KS7 we are going to get a head start on factory preparations and tooling in an effort to shorten the time it takes for us to ship everything (after the campaign ends). Our goal is to make your wait time as short as possible. This means we will launch KS7:The Wildlands in January, 2020.

That is a long time to wait between Kickstarters (and a long time for us to go without producing new work!). So the good news is we have a few projects that we will release before then.

Pathfinder 2nd Edition Sets - we've been working on a collaboration with Paizo on some sets for the release of Pathfinder 2nd Edition. We've built a really cool multi-part encounter for their introductory module. It's four different areas, which will each be sold as separate sets (and there will be some component add-on sets within each if you want to just grab specific pieces). Each area is a different environment, but will chain together into one large build on your table. Each set will contain a cool mix of existing pieces as well as a few new pieces. We'll reveal more as we get closer to release.

We will offer these brand new Pathfinder 2nd Edition sets for Presale at Gen Con 2019.

And we have one more surprise for you...!

KS6.66: Hellscape - Many of you have been asking for smaller Kickstarters that are less extensive and expensive. So we're going to try it! We are going to launch a small, two-week KS with a limited scope. Best of all, it's happening very soon -- KS6.66 - Hellscape will launch in late June 2019!

As the name implies, the lava-based project will focus on the fiery wasteland the fiends of the Nine Hells inhabit. The collection will consist of a small number of new sculpts as well as some repaints of some Caverns Deep pieces. Assuming we hit some SG's there will also be some of the new pieces offered in standard caverns paint to expand your Caverns Deep collection. And we'll make it as cherry-pickable as possible, so you can get just the stuff you're excited about.

We've shown a few teaser hints in Dwarven Quarterly, and now we're going to give you our first full-on teaser photo (so the wild speculation can begin in earnest!): 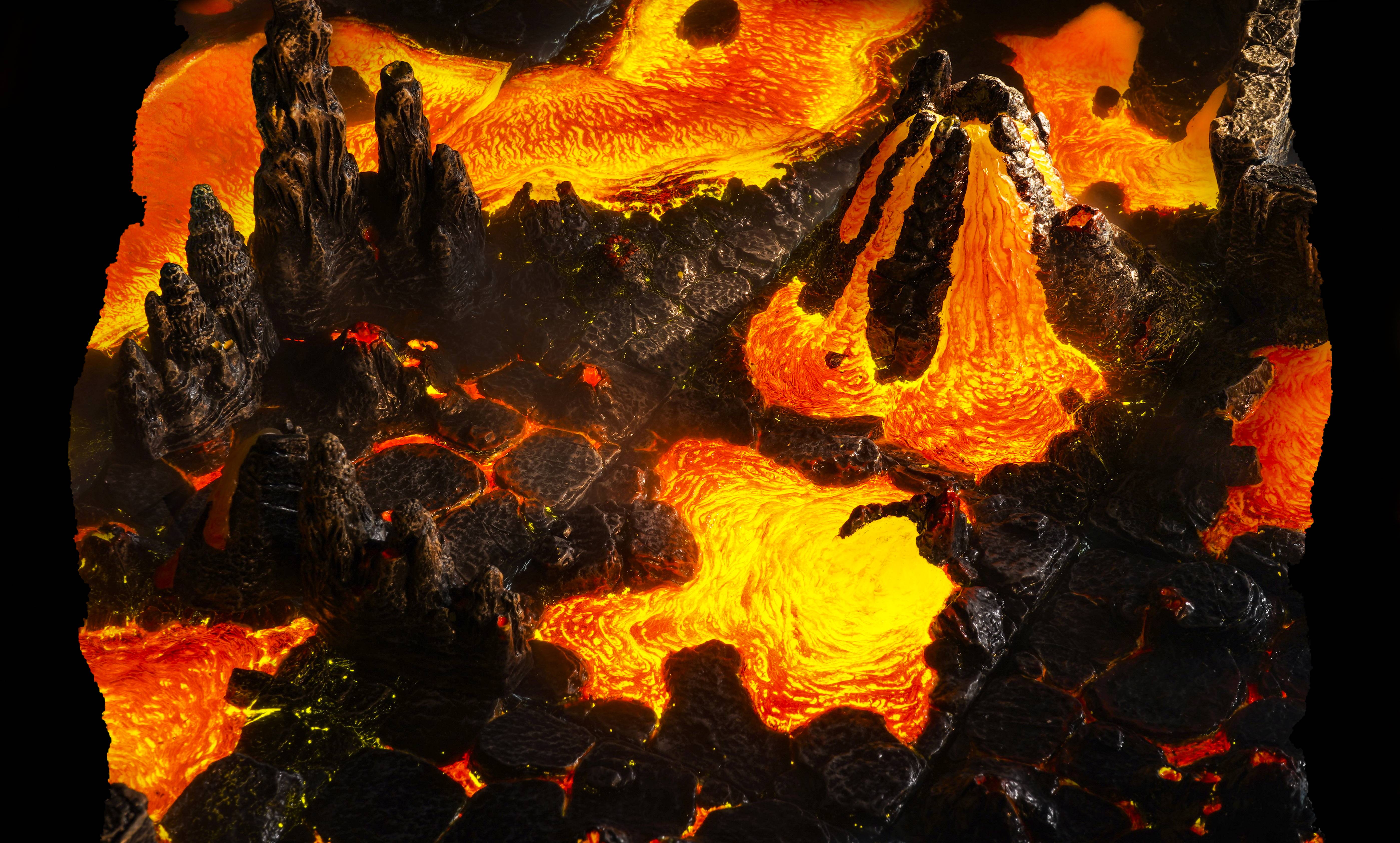 We're excited (and a little terrified) to be launching a surprise KS in less than two months. Hopefully it'll be a nice change of pace from the mega-KS model.

And, if all goes well, we may even have one or two other things to reveal this year...
Top
Post Reply
44 posts