I toured Wales 16 years ago and was very impressed by this huge castle. Two things I remember were a tower that had a wooden bridge inside it and lots of high walls. Very picturesque.
Regards,

Ok so these are not pictures of a DF Castle but a real castle which I visited last weekend.

Part of the reason to post here is that last years KS made me look at the castle with more of an eye for the design.

So Caernarfon was built or at least started to be built in 1280 as part of the Ring of Iron commissioned by King Edward I which included other new castles at Beaumaris, Conwy and Harlech.
Of these four castles Caernarfon is unique in that it was built more as a statement of domination rather than a Military Building it is a magnificent castle built to be impressive and cower the locals.
There are no round towers which dominate the other three castles. The towers are in most part 5 or 8 sided with smaller towers atop the larger ones with battlements on all.

The walls vary in thickness with passageways through many of them giving access to Arrow slits which are designed to allow the archer to fire almost directly down.

What was also noticeable was the Battlement decorations such as those provided by DF.

But here are a few highlights 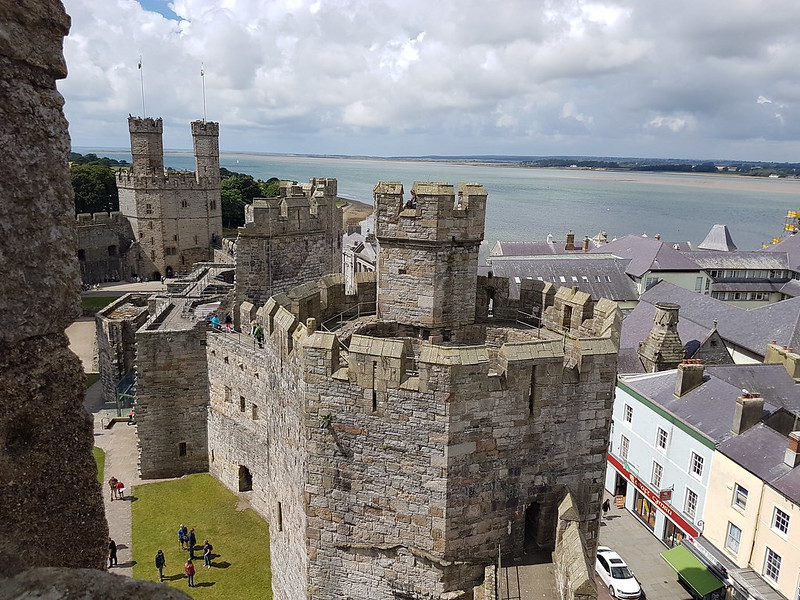 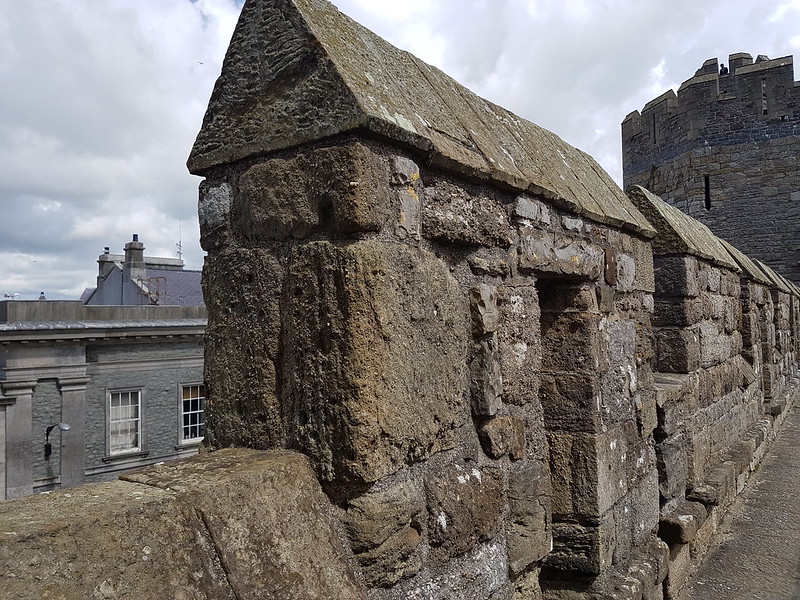 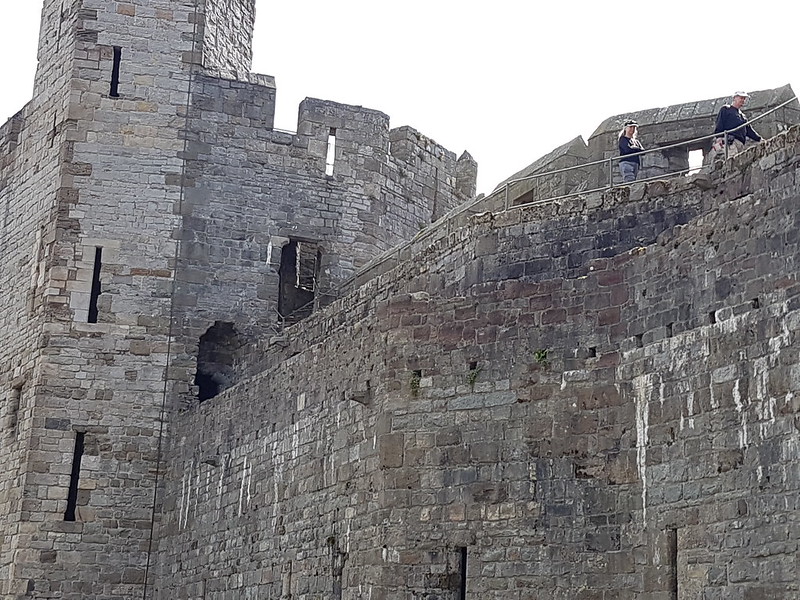 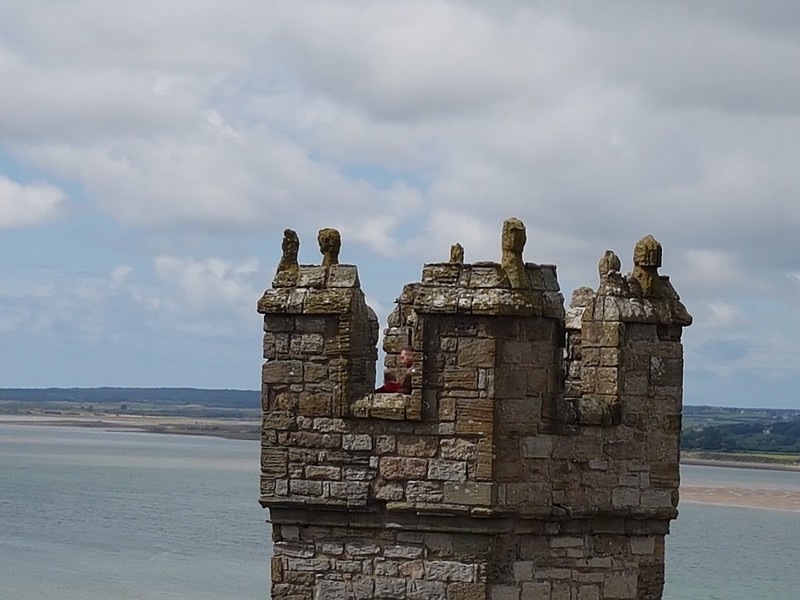 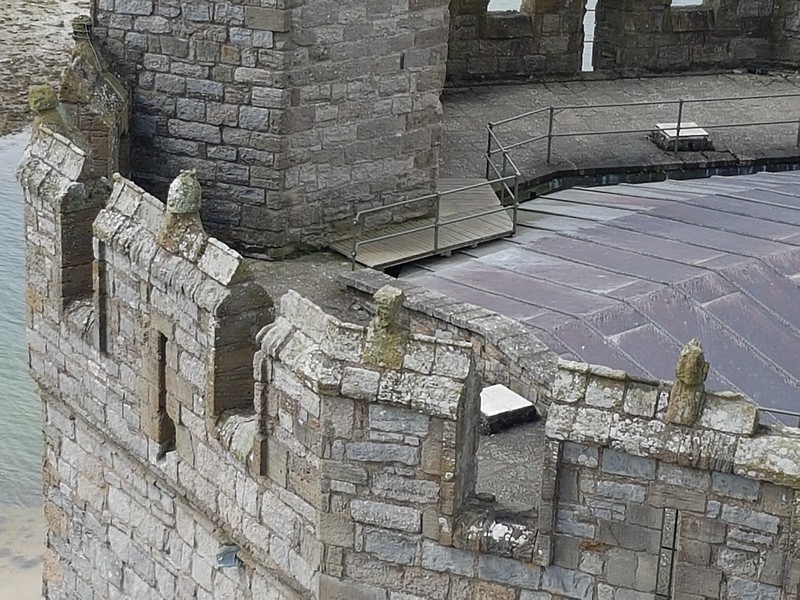 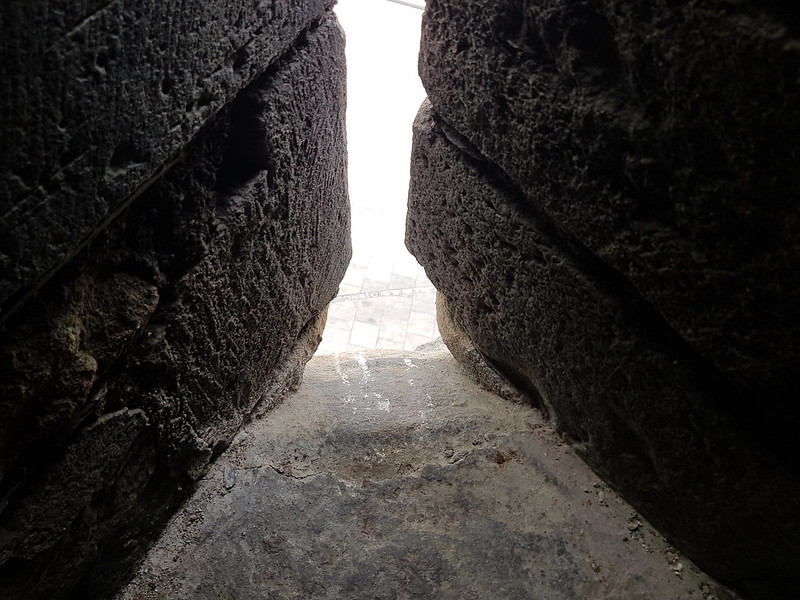 The bottom of an arrow slit with the stone dressed to give the archer a better view down the wall ... fiendish! 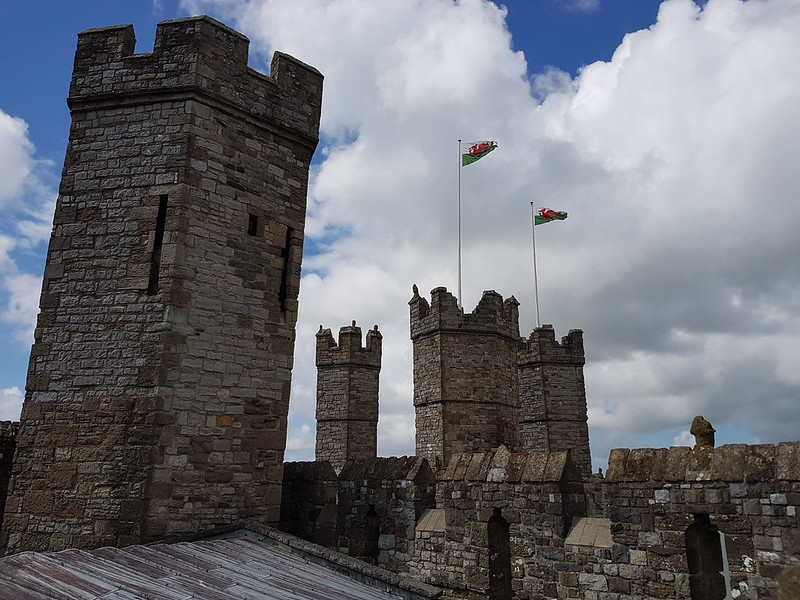 More tower on tower architecture and some rather lovely flags

You cannot build this one in Dwarvenite