I have too much resin. So I did not select any.

I use them as stackers more often than passages. I still have the helping hands insert. 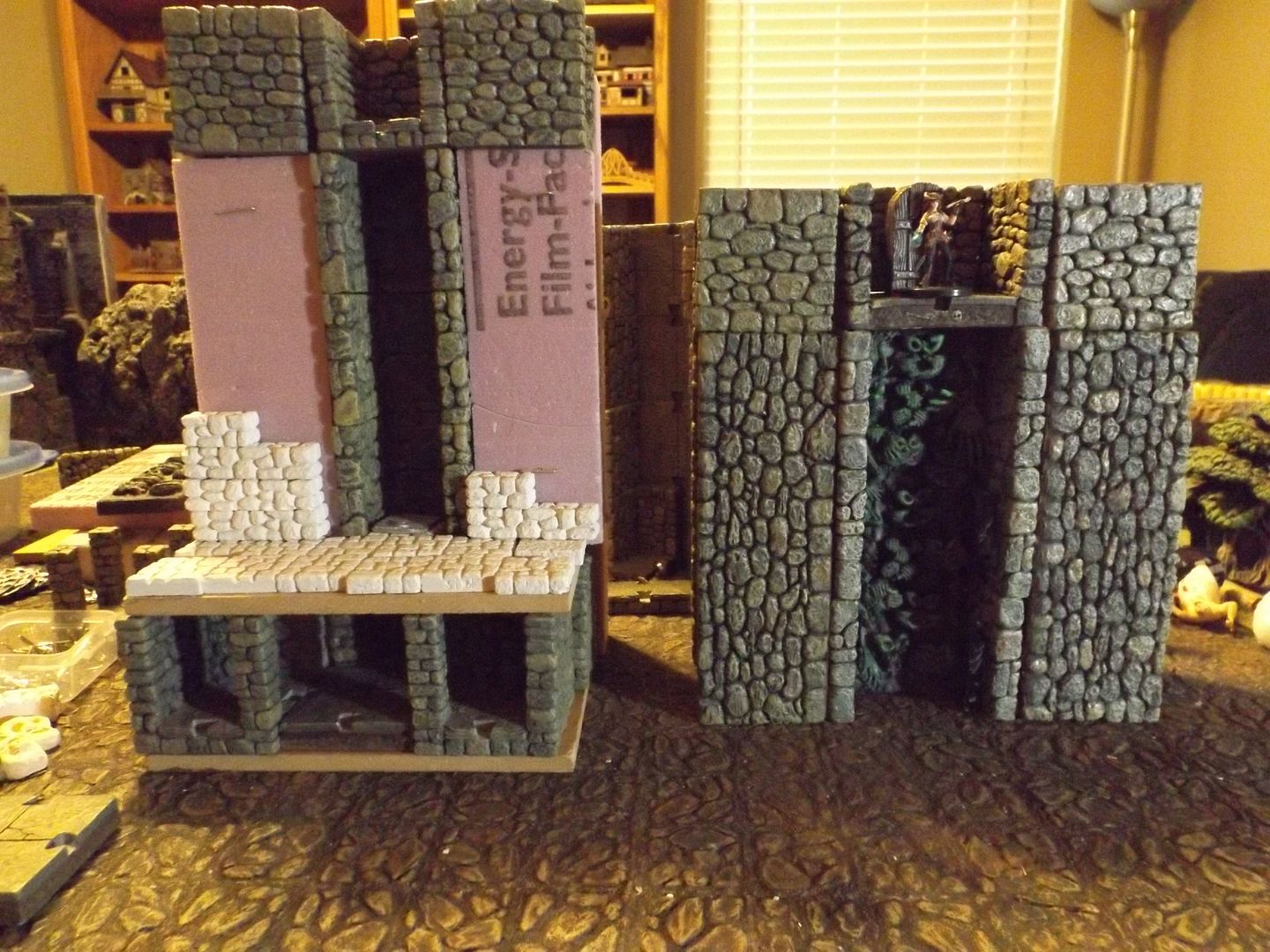 The kids used the helping hands so much I made a dedicated set.Lady Sabelle Designs Silicone Molds made the hands.

I do not have any of the PVC sets. The new design is nice.
OldmanWillow AKA OldEnt. Customer and fan from 1996 onward!
Top

I set up a challenge for myself last night: make the largest passages build possible with the pieces I have in each set, freehand, no pre-planning.

I built first with DoDP and then replicated it in OGP.

A few observations before the photos: Ok, I'll shut up now and get to the photos before a raging lagomorph scolds me for being verbose. Leftover pieces shown in each photo. I had a significant amount of DoDP Outer Corners and OGP Double Bevel sections left over.

jasdotcom wrote: ↑
Sat Sep 15, 2018 2:50 pm
I'm slowly coming to the realization that these pieces are my most cherished in DoD. Their versatility for creating never-before-possible room configurations is staggering.

Did you get enough inside corners? I feel like I'm short on those, at least for complex intersections.

This is how many came with the Passages - Walls add-on set. I haven't tried to do anything too complicated but feel it's enough (mixed with my resin passages) to get me by. For me, though, their real utility is creating true 10ft sections, alcoves, niches, etc.

jasdotcom wrote: ↑
Sat Sep 15, 2018 2:50 pm
I'm slowly coming to the realization that these pieces are my most cherished in DoD. Their versatility for creating never-before-possible room configurations is staggering.

Did you get enough inside corners? I feel like I'm short on those, at least for complex intersections.
Top

I'm slowly coming to the realization that these pieces are my most cherished in DoD. Their versatility for creating never-before-possible room configurations is staggering.
Top

Here's my attempt to build with primarily OGP, including just enough DoDP to allow for my southern passage to be 3 tiles tall (I'm assuming I want this for some reason - it was an accident on my original DoDP build) and to allow for a magnetic wall trap.

It was going great until I got to the corners with the magnetic wall trap, where the beveled edges became a problem. I dropped in a few 1" DoDP passage walls to fill the gaps and it looks...ok, but not great.

Fascinating - cool idea to build the exact same thing each way - i find myself drawn to the original version...

Thanks for doing this

Agree that OGP are quicker and more stable, but i think both have their place

I like my DoD passages as a "problem solver" you just have to be careful not to let them create problems as D4H mentioned
"Miniatures?, sure sign of a petty mind!" - 'The Women' 1939
Top

A nice comparison indeed. I got none of the original and only some of the new passages. I like the new passages more than I thought I would but the problem of throwing off the grid is a real one for me. They do line up in odd ways sometimes though when I used the dungeon 1x1 corners and wall pieces. .
A pretty decent Docent of Valoria
Top

I finally got some time to get back to inventorying and organizing my KS5 pieces and played around with the new Dungeon of Doom (DoDP) passages and compared to the original dungeon passages (OGP).

I was slightly skeptical of the DoDP during the Kickstarter and only went in for one Passage Walls pack (plus misc. stuff from a few encounters), but see clear utility now that I've played with them in person.

Here are some Pros of the DoDP compared to OGP: And some limitations I also tried mixing the two styles...this was easier in the hallways and nearly impossible in the intersections / corners. I think it's worth having both styles and need to experiment more to decide where to use each. I also discovered that terrain trays are great for small builds and photo shoots since I can setup in one area and move over to better lighting for the photo. This works great even for OGP that doesn't have magnets. I suspect that in the long run I'll add magnets to my older tiles (at least Caverns and OGP...KS1 tiles are so shallow that I may not bother).

And, this is the photos section of the forum, so here are the pictures I took! More to come.

Dungeon of Doom Passages - Break Down