Why? Its a beautiful harbour! I like it
Rhizom, Creeping Rootstalks of Valoria
Top

I realized I don't have enough of anything.

Ok, here's my thieves guild build! I had high hopes for painting up some of the dungeon dressing that I wanted to use in this, and didn't even get it all assembled, much less painted. But I got it posted, so that's something

In the village of Filgrath's Run, the West End of the docks has long been abandoned. The district seemed to be plagued by disease, fires, rodent infestations... one disaster after another, leading the merchants and dockhands to abandon the area. This made for fertile ground for the Purple Cloaks, a guild of thieves, assassins and ne'erdowells happy to avoid the watchful eye of the town guard and city populace. They didn't mind some of the odd occurrences that came along with their new digs.

Unknown to the thieves guild, there was a more malign reason for the cloud that had settled over this abandoned corner of the city. Sealed years ago below the city streets, a shrine to Mosh'Woonga, the Herald of Worms, and his putrid horde sat, waiting to emerge and spread their vile gifts. When the first of the filthy demons breached the wall into the thieves guild, the bold among them thought they could fight them back. The others quickly learned from the mistake, barricading themselves in the living quarters and armory. They stand defiant, but aren't sure how long the doors will hold...and the odd, glowing pustules emerging from the ground don't seem to be a good sign for their survival. 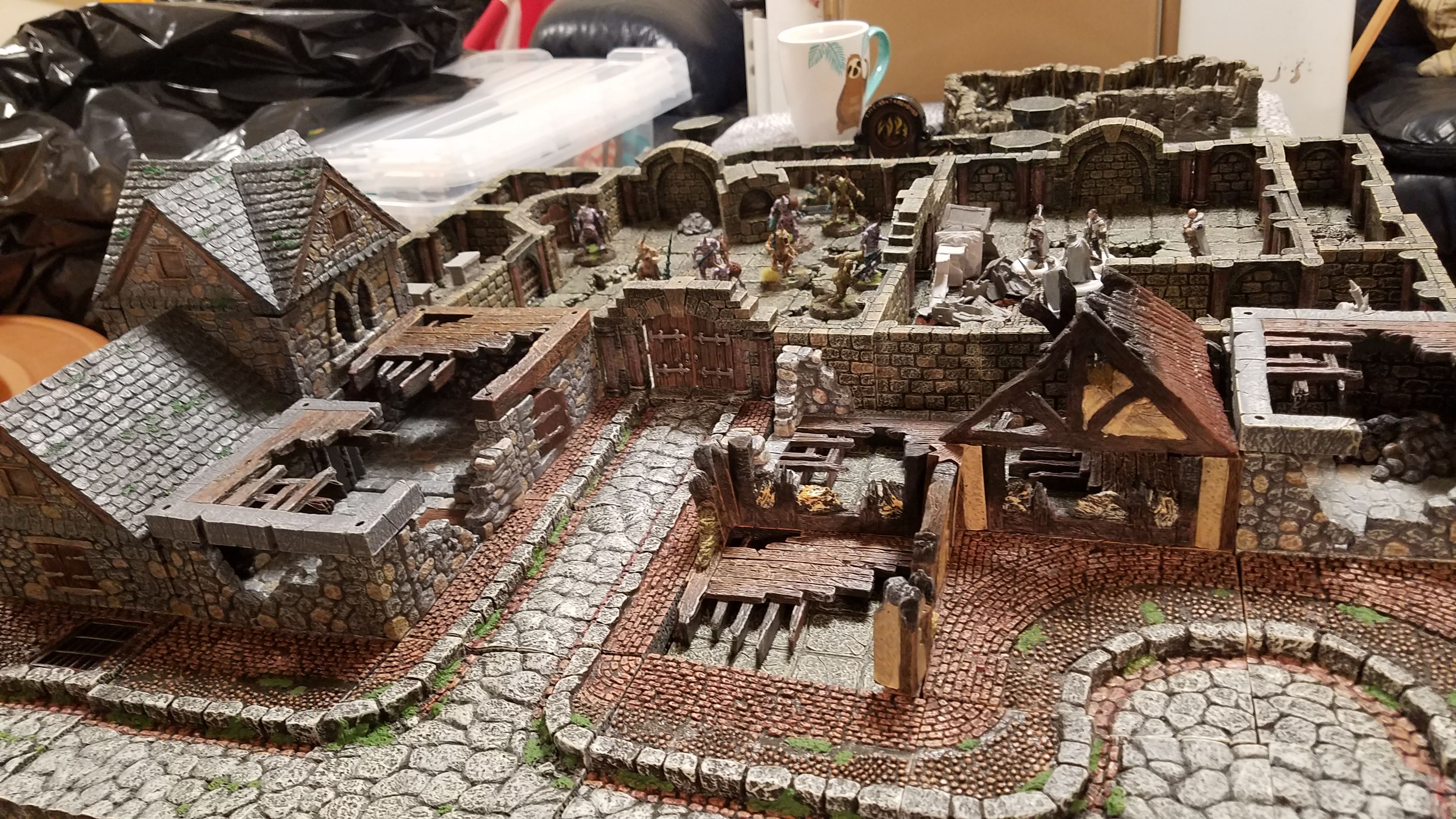 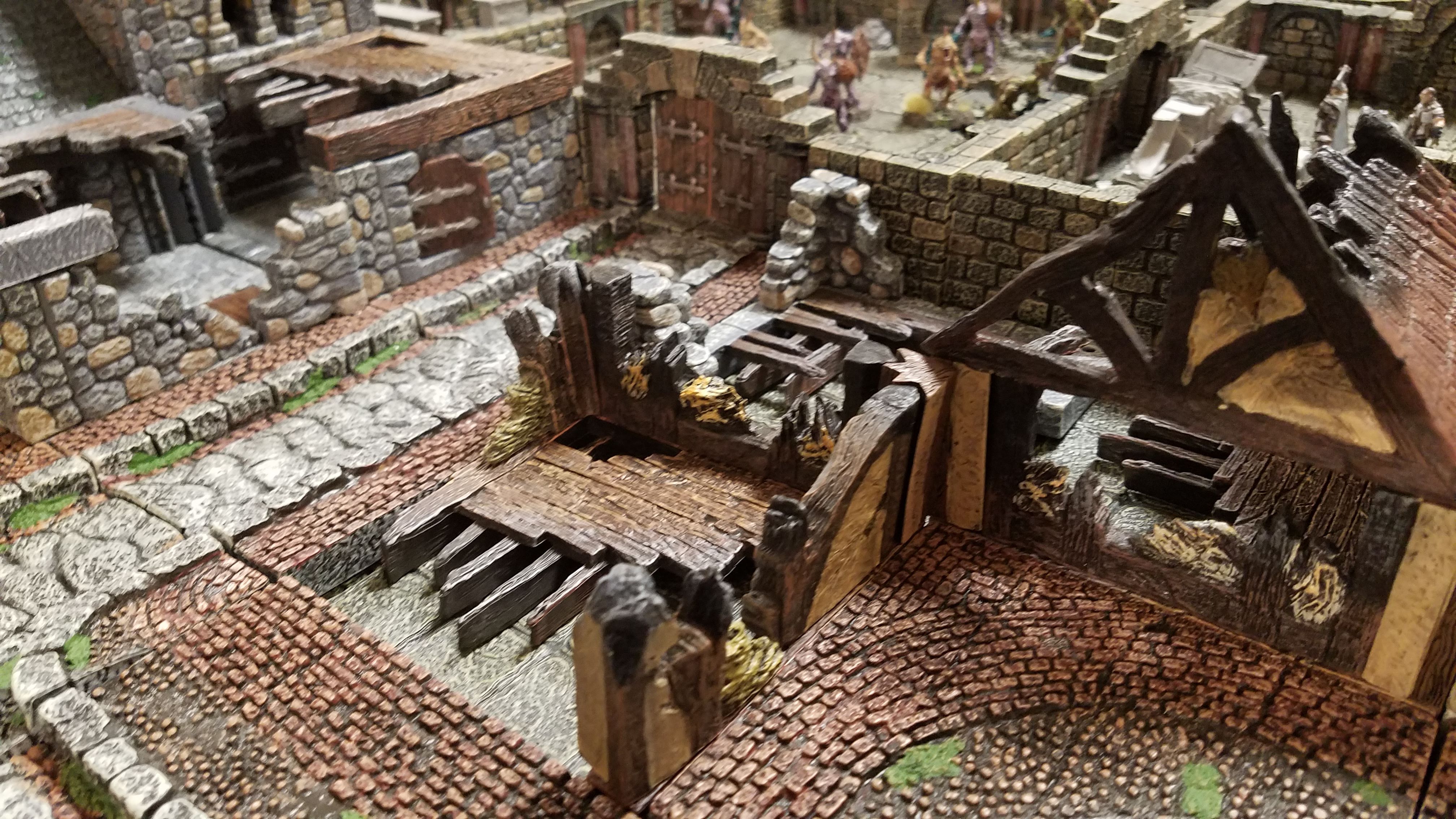 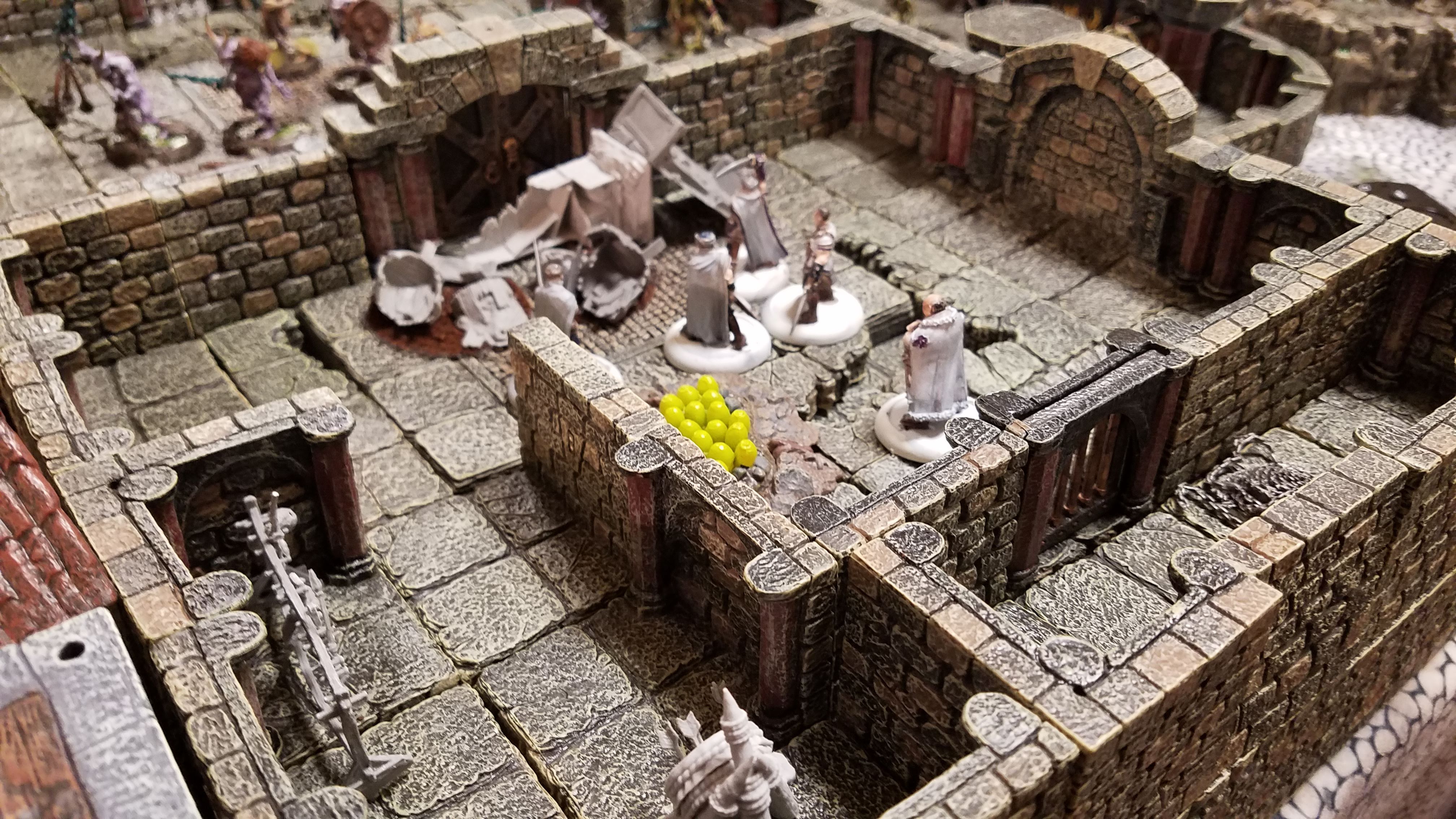 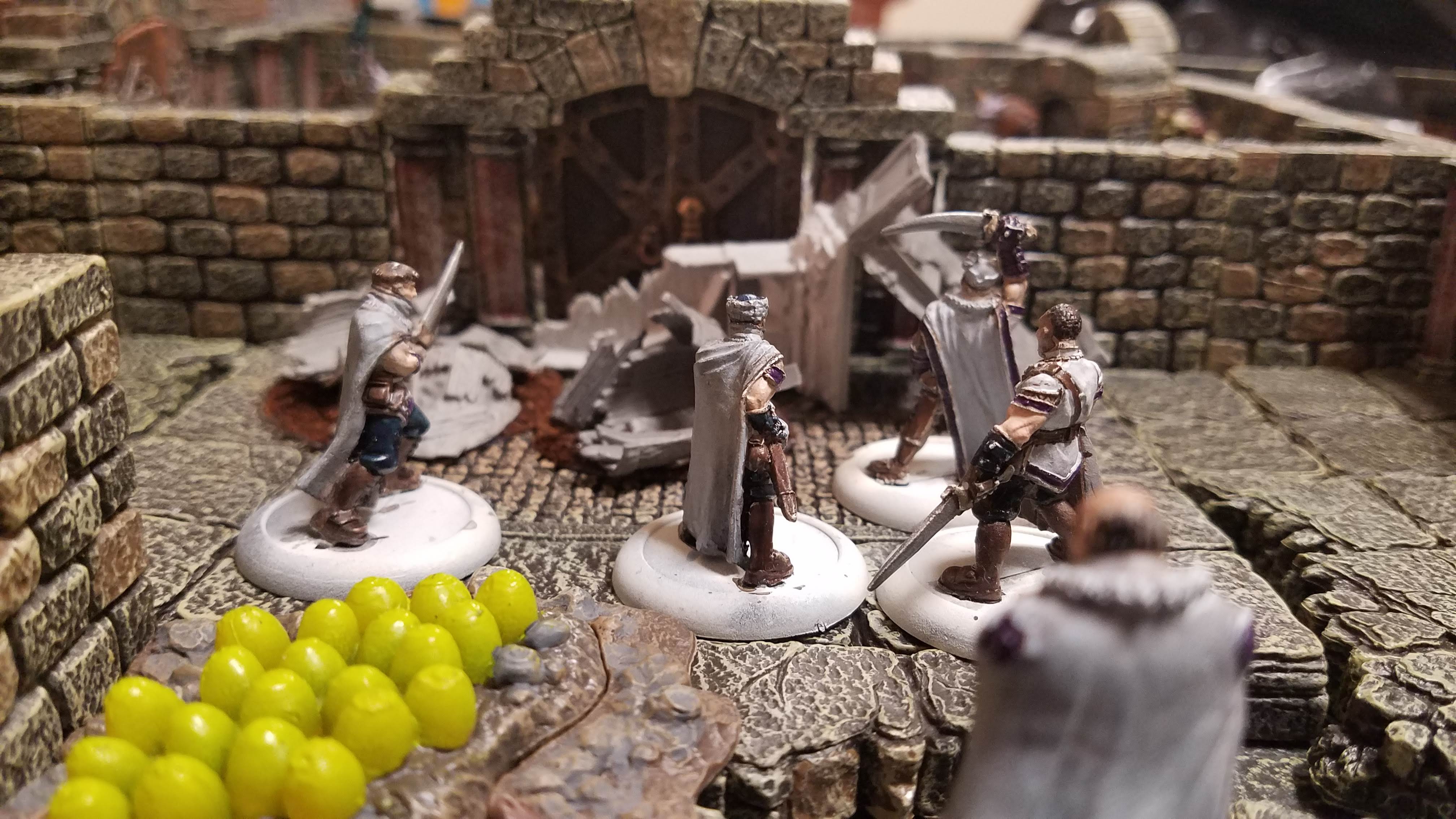 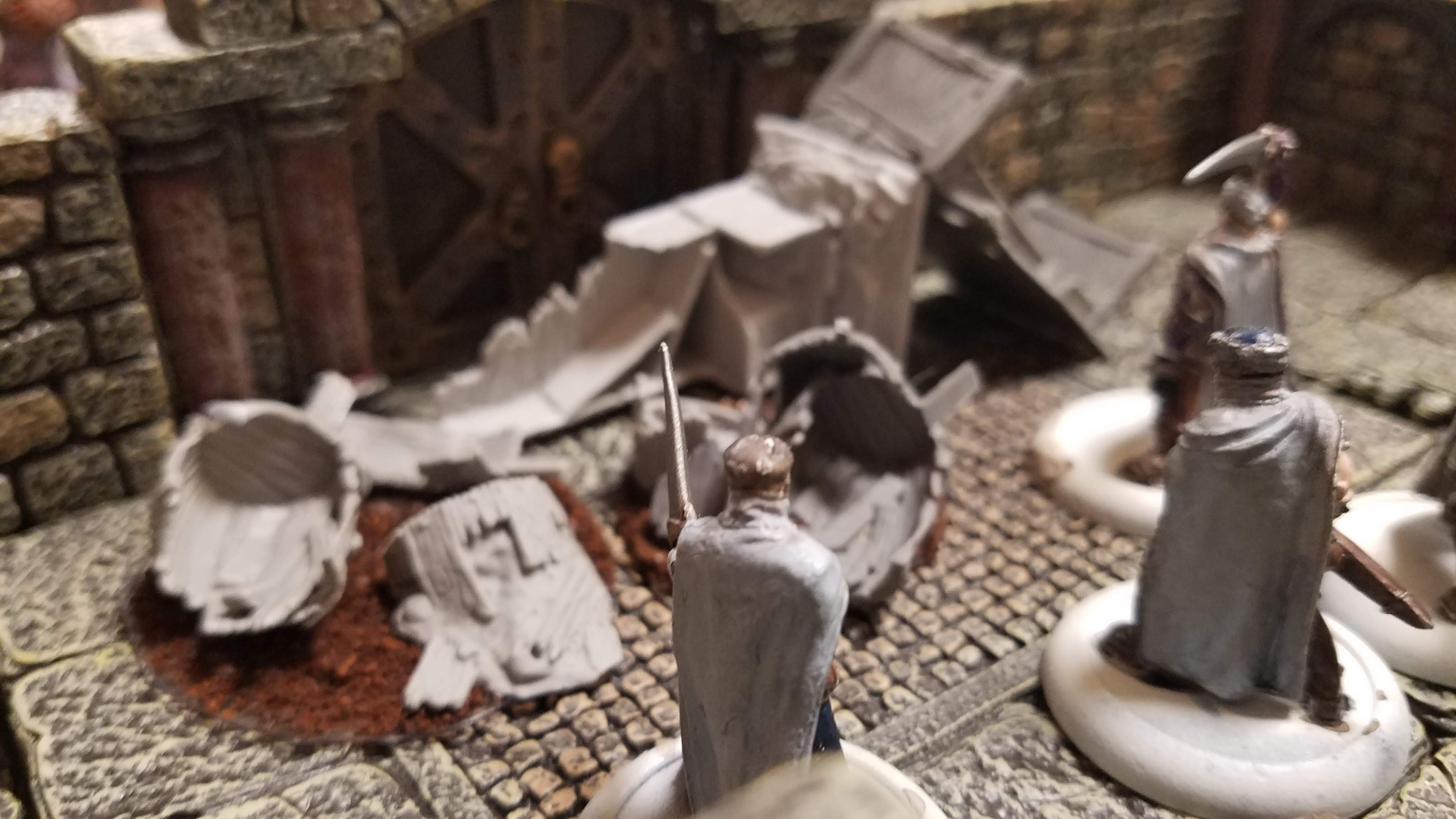 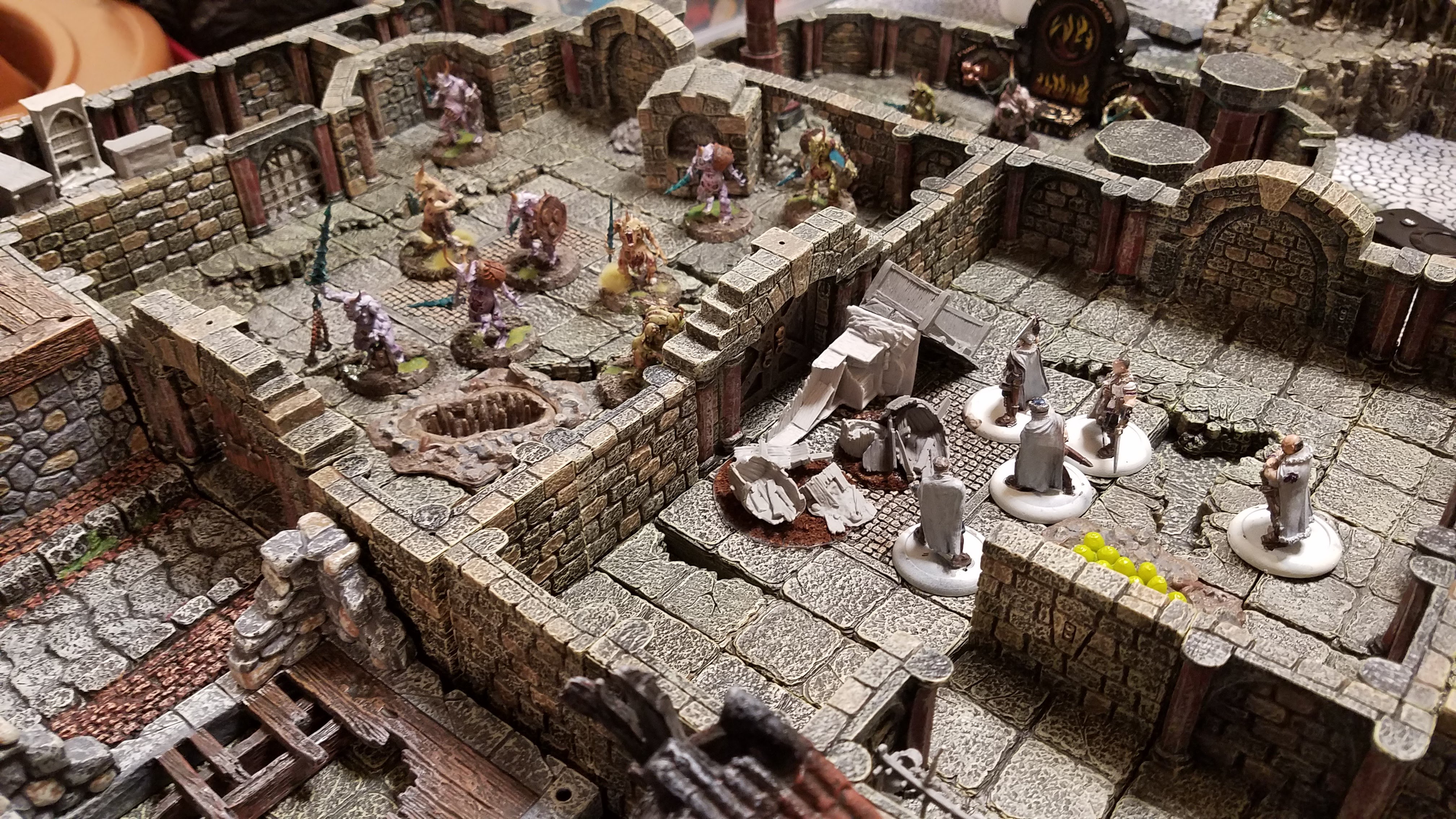 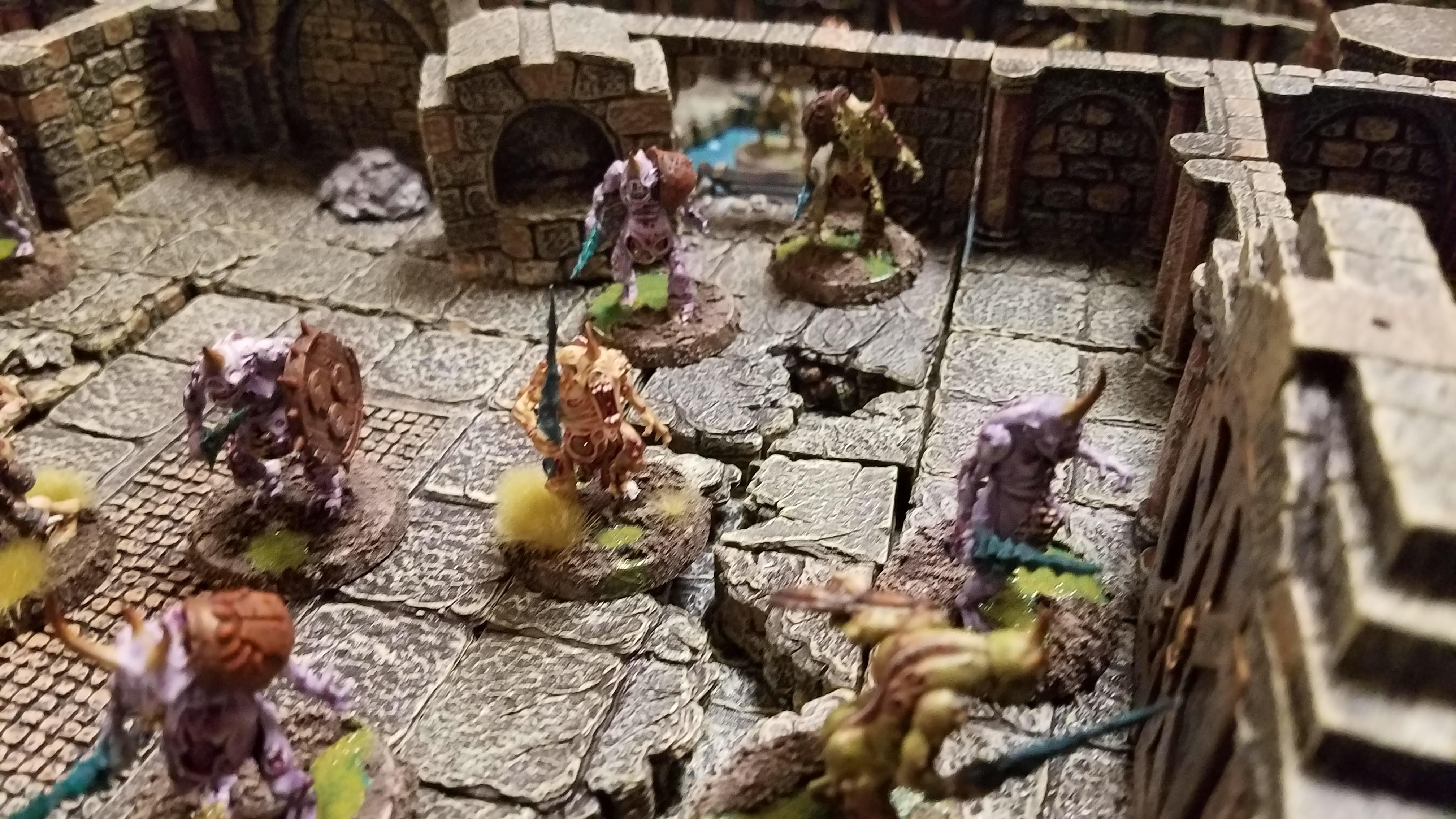 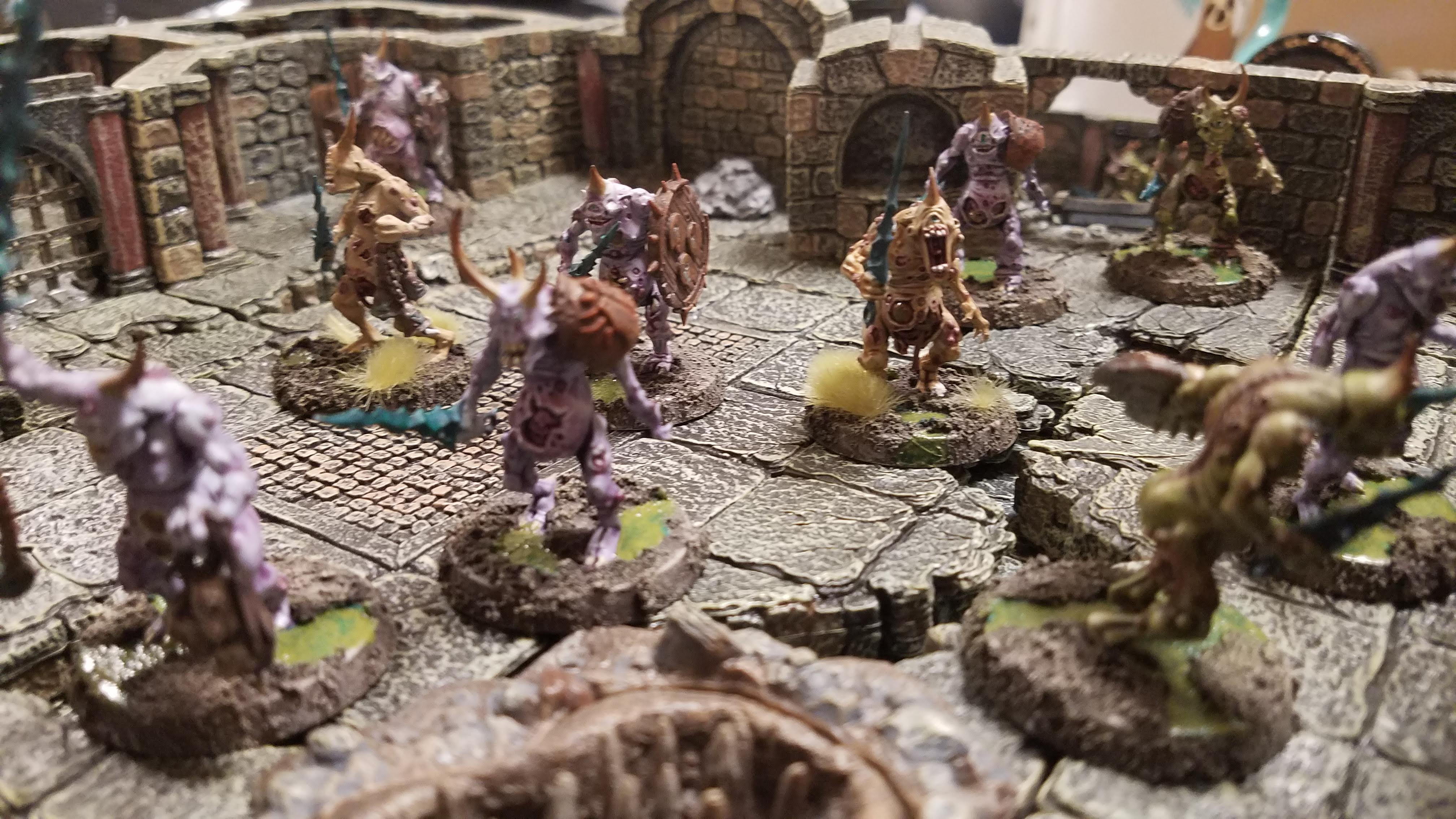 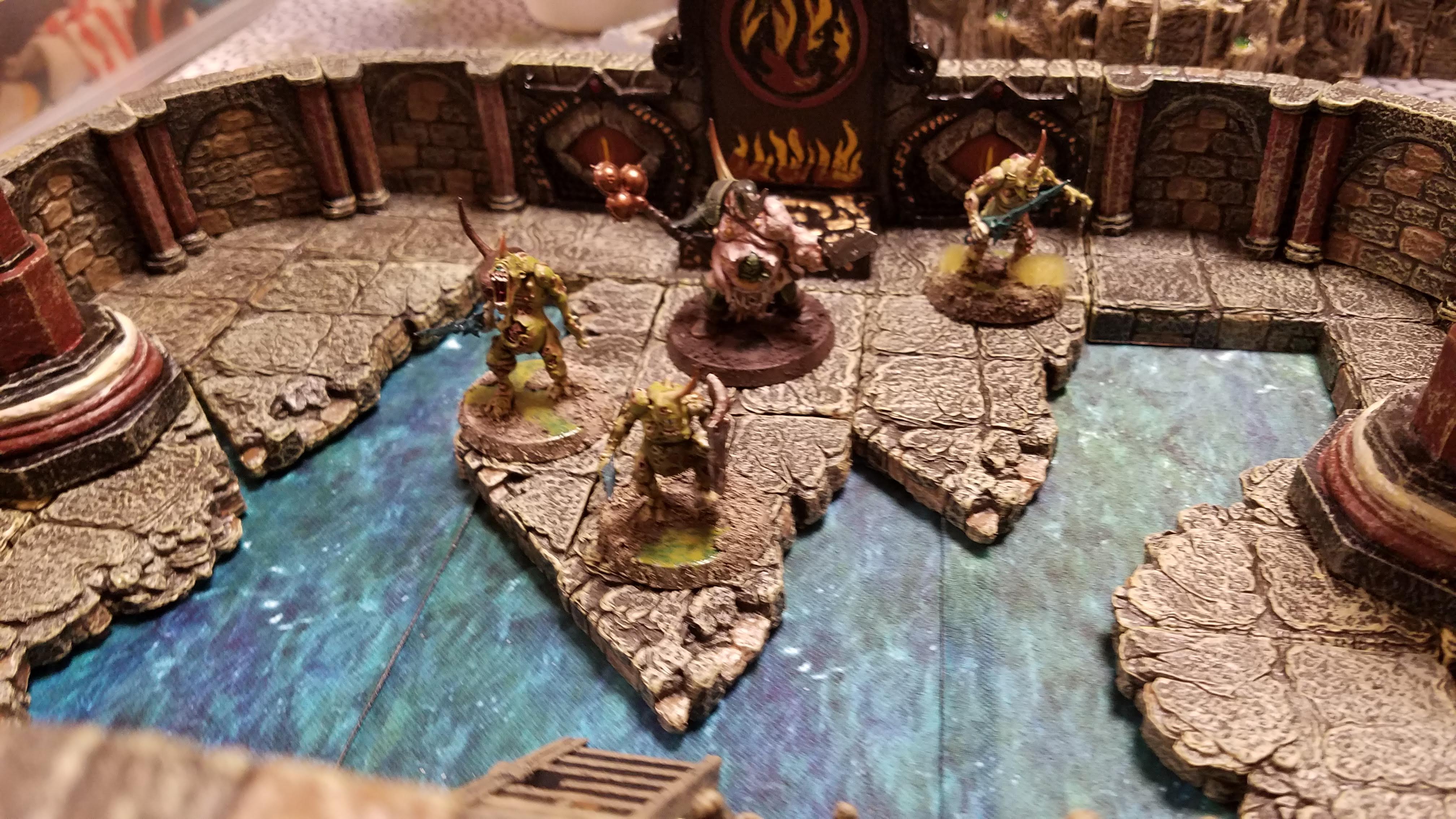 szabbran wrote: ↑
Sat Aug 24, 2019 5:02 pm
I've got one done! In at the wire here. Will upload tonight. Not what I was planning to build, but time managed to slip by quickly this month. This was a good chance to get the pieces out and do a quick build though.

I've got one done! In at the wire here. Will upload tonight. Not what I was planning to build, but time managed to slip by quickly this month. This was a good chance to get the pieces out and do a quick build though.
Top

Gek hoe veel Nederlanders u kan vinden in het wereld
"Miniatures?, sure sign of a petty mind!" - 'The Women' 1939
Top

Only a week to go, hurry on the builds!!!!!!!
A pretty decent Docent of Valoria
Top

My build is going to need to be short and sweet this month due to some unexpected travel, so will need to scale back from my original plan to steal shamelessly from Law's docks

. I think it also means some of the fun bits I was hoping to paint up will have to remain unpainted for this minth's build

Maglok I love the direction you're going with that! Very similar to a plan I have in mind.